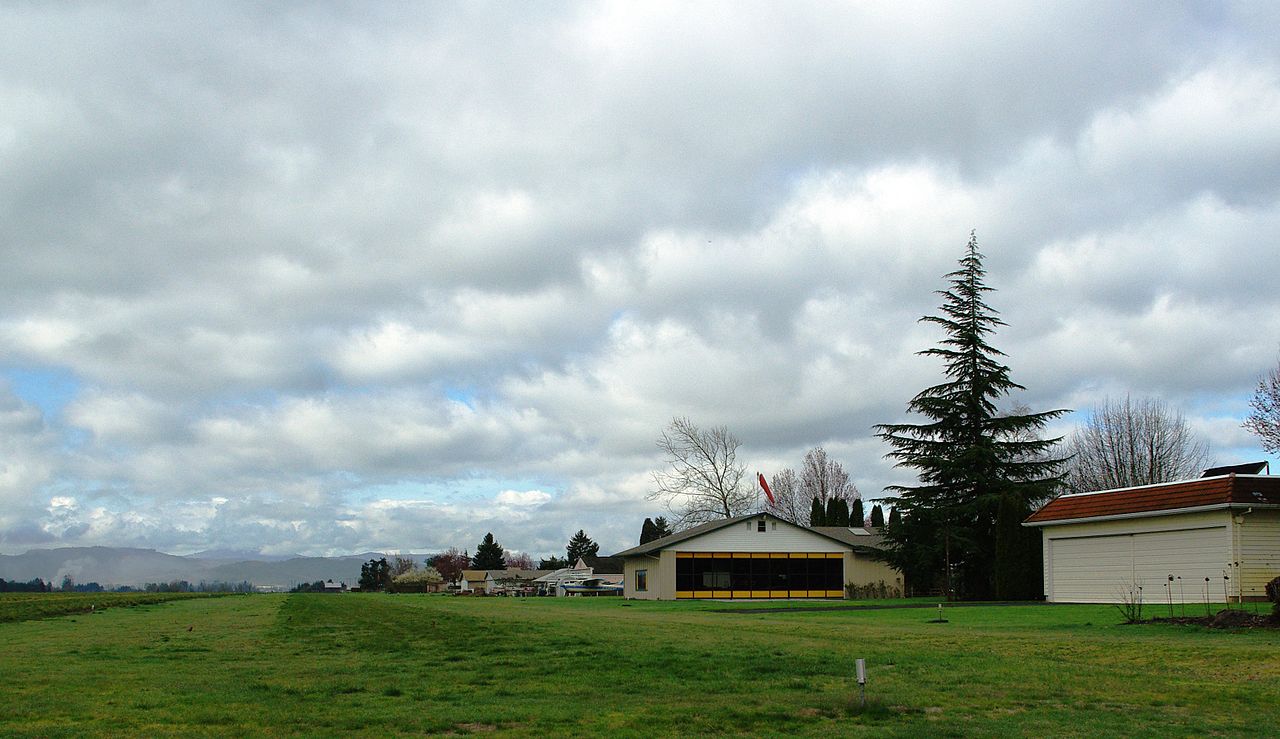 We are a privately-owned, private use airport located 3 miles west of Hillsboro in Washington County, Oregon, USA. Located in the unincorporated community of Leisyville, the air strip is a single, 2,000-foot (610 m) long runway with houses running the length of the field on the north of the strip.

Use of the airport is for homeowners only or invited guests with Prior Permission Required. No services or fuel are available on the field.

The airpark was started by Bill Olinger in the late 1950s and opened in 1958. Olinger was selling empty lots on the airstrip in the early 1960s for $1,800, which included a partial ownership of the airport itself. The strip was built on the site of a former hop farm and had grown to 12 homes along the strip in 1976.

The runway at the air park is a 2,000-foot (610 m) lighted turf strip, which is maintained by the airpark association. Olinger Strip is classified by the state's Department of Aviation as a privately owned, private use airport with at least three aircraft based at the airport. This designation allows the county to regulate heights of objects in the airplane approaches to the landing strip. Washington County approved these regulations in 2003, which also allowed for the Olinger Strip and like airports to expand by more than the previously allowed 20 percent.